John Conlee’s hits have rarely been songs that see life through the hard-fact-hiding “Rose Colored Glasses” described in his first smash record of 1978. Through all the years since, his emphasis has been on songs of the lives of everyday people — middle class, hardworking people, and those who’ve been unable to attain even that level of economic ease. He made a fresh hit again of “Busted,” when country fans might have thought Ray Charles and Johnny Cash had enjoyed the last word on that one. He had us nodding in agreement to the tough realities of “Nothing Behind You, Nothing in Sight.”

“There are more of us ordinary folks than anybody else,” says the big-voiced baritone whose hits also include “Common Man,” “Working Man,” and “Friday Night Blues.”When John Conlee looks at love, the view includes Harlan Howard and Bobby Braddock’s searing “I Don’t Remember Loving You” — and he has no trouble singing about being on the “Backside of Thirty.”  A Grand Ole Opry member since 1981, John Conlee brings a fabulous show and timeless country music hits for all ages.

Get Tickets for JOHN CONLEE in Concert 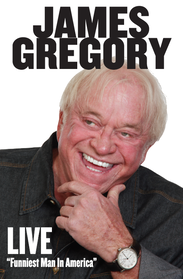 ​Brian Mabry, considered one of the best Garth Brooks tribute artists in the world, will bring his show to the Krider Center in Paris, TN on Saturday, September 11 for one show at 7 PM.  Mabry has been doing his tribute show for several years playing theaters, performing arts centers, fairs, festivals and clubs.  He primarily performs in Tennessee and Kentucky, where he has developed a large fan base.

In addition to opening shows for major country music artists, he has become a fan favorite in the resort areas of Kentucky lake, where he's played to thousands of tourists.

While being a country music fan, Mabry also loved the energy and showmanship of hard-driving rock bands.  When he saw Garth's show, he saw how Brooks incorporated both the energy and the theatrics of rock with the ability to touch people with his songs.  "It was like a rock show with a country flavor and touching songs, and that was exactly what I wanted to do," Mabry says.

That's when his show, "Wild Horses - A Tribute to Garth" started taking shape.  Mabry was already a gifted singer who could mimic the voices of country singers, but people kept telling him he sounded a lot like Garth.  So much so, he was considered for a role in the "Legends In Concert" tribute show in Branson, MO.  Mabry, backed by a talented group of Nashville musicians, has now been touring the country for several years, and his show has garnered thousands of fans.
​
​For more information visit the website:  www.gbtribute.com or email gbtributeband@gmail.com.
Get Tickets for Wild Horses - A Garth Tribute 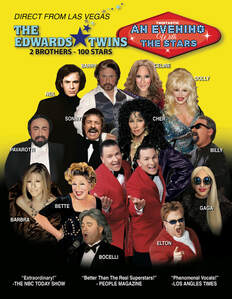 Remember all the wonderful Variety shows we all grew up on in the 70’s & 80’s? Now is your chance to see them live and re-created by Las Vegas’ number one impersonators of all time. Anthony & Eddie Edwards use state of the art make-up to look and sound like the superstars of today and yesterday. All your favorite legendary Superstars come alive in An Evening with The Stars. The NBC Today show says “it’s one of the most extraordinary shows we have ever seen.” Sonny & Cher, Billy Joel, Elton John, Neil Diamond, Lady Gaga, Celine Dion, Rod Stewart, Bette Midler, Olivia Newton John, Barbra Streisand, Andrea Bocelli, Frankie Valli, Tom Jones, and many many more hosted by THE EDWARDS TWINS FROM LAS VEGAS. All live vocal. USA TODAY and THE BOSTON GLOBE raves “A Must see show”

​Travis Ledoyt, heralded as the Worlds Best Young Elvis, brings another fabulous show to Krider Performing Arts Center.  Seating is reserved.  Come hear some of Elvis' biggest hits plus some of his favorite Christmas songs too!  We hope to see you here!

​
Purchase Tickets for Christmas With the King Now

Dino Encounters is an immersive experience that is a ton of fun for all ages.  It includes highly educational and informative shows about the history of dinosaurs and unique facts about them you won't hear anywhere else.  In addition, the show features interactive dinosaur attractions including watching a dinosaur hatch from an egg to petting one up close and personal.

Get Tickets for Dino Encounters